Warning: Parameter 2 to gdlr_core_page_builder::search_page_builder() expected to be a reference, value given in /home/customer/www/cinemashelf.com/public_html/wp-includes/class-wp-hook.php on line 303

Warning: Parameter 2 to gdlr_core_page_builder::search_page_builder() expected to be a reference, value given in /home/customer/www/cinemashelf.com/public_html/wp-includes/class-wp-hook.php on line 303
 Space Jam 2 Coming? - Cinema Shelf 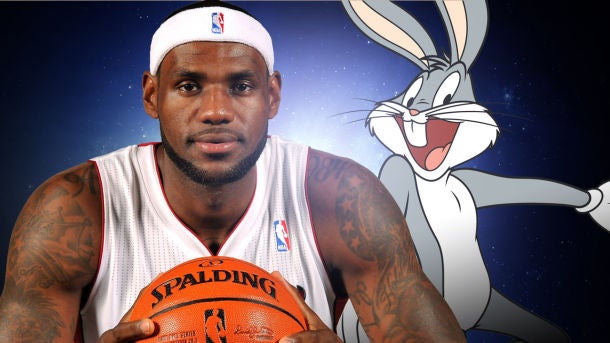 Warner Bros. and Lebron James recently partnered together in what they say is a mutually beneficial agreement. The deal has James involved with all areas of their studios with “plans for projects in television, film and original digital content.” Of course, with all the comparisons and arguments that basketball fans have over who is better, Michael Jordan or Lebron James, it is natural that people would think of Space Jam 2. Lebron was asked about a Space Jam 2 on Twitter. His response leads me to believe it will happen.

Space Jam 2 is not a Good Idea

As a kid, I LOVED Space Jam. Like I say in many of my posts, I love crossovers. Space Jam worked so well because everyone knew who the Looney Tunes were and everyone knew who Michael Jordan was. Lebron James is the biggest and most popular name in basketball today but if you ask most kids from 2-8 years old who the Looney Tunes are, would they be able to tell you? Unless you are subscribed to a cable service that has Boomerang included, the chances of seeing older cartoons like the Looney Tunes are slim to none. Older cartoons are becoming harder to come by these days, if they’re lucky, kids may be able to watch some Tom & Jerry.

On another note, in the last decade, we’ve seen reboots of many popular films and they haven’t done so well. We could potentially see that happen with Space Jam. Red Dawn, which was an amazing movie in the 1980’s but the 2012 reboot was a flop receiving 12% on Rotten Tomatoes. In 2014, the Ninja Turtles franchise was rebooted with the film receiving a 21% on Rotten Tomatoes. I also didn’t like the Karate Kid reboot with Jackie Chan that came out in 2010. Jackie Chan is Chinese, not Japanese. The movie should have been called “The Kung Fu Kid” not The Karate Kid. Don’t get me wrong, there have been other reboots that have worked, but I’m skeptical.

What do you think? Are you looking forward to a Space Jam 2? Let us know your thoughts in the comments! Feel free to email us at TKMovieReviews@gmail.com.